The Lost Art of the Business Relationship 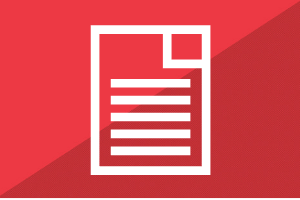 Looking back, the good old days of marketing weren’t always so good. I got my start in advertising at one of the biggest firms in the country in 1986, hardly the Stone Age, but I tend to think of it as the last gasp of the Mad Men era. Sexism in the workplace was more common than it is today, for instance, and ad execs and clients were still engaging in the weekly two (or three) martini lunch. But I come not to bury the 1980’s and ‘90s. In fact, I’d like to dig up something the corporate world used to treasure: Business relationships.

Oh, sure, I know we all know how important networking is, which is why everyone’s on LinkedIn, Facebook, Twitter, Instagram, SnapChat and probably several hundred other social media sites I’m forgetting. I don’t have to convince anyone that business relationships are important.

But we’re doing business relationships wrong, and it’s costing us a lot more than money. We’re becoming less and less connected to each other, substituting personal interaction with digital exchanges full of short, often misinterpreted messages and emoji’s. Seriously, enough with the emoji’s. There’s actually a website, Emojipedia.org, that helps you interpret the intent, emotion and meaning of what the user is expressing. Maybe I’m exaggerating how bad digital communication has become, but maybe it’s truer than we all want to believe.

We need to rediscover the lost art of business relationships. And it wouldn’t even be that hard. In a nutshell, here’s what needs to happen.

Pick up the telephone. I text and email as much as anyone I know, but I appreciate and value actual, real personal banter with live human beings, too. And so do you, even if you’ve forgotten. You really can have a richer and more productive conversation with clients over the phone in a way that you can’t via a text or an email. Granted, you’re probably thinking, “Why should I call anyone? All I get is an automated voice mail system, and I end up just leaving a message anyway.”

I hear your pain, and sadly, the phone call does appear to be dead. Slate actually published an article last year called “The Death of the Phone Call” and pinpointed its demise to the autumn of 2007. That’s when the average monthly number of texts on mobile phones were first higher than the number of phone calls.

But if you make the effort and get through to a person, you’ll often find someone receptive to talking – I swear, some of them after a few minutes even sound grateful to look away from their screen and hear a human voice. And talking on the phone savestime. It may not seem like it, and, sure, sometimes it’s faster to fire off a text, but I know I generally always find that I can get a lot more out of a 10-minute phone conversation versus spending half a day shooting back five or six quick emails.

In fact, I feel so strongly about the value of actual conversation that I schedule regular calls with my client counterparts. Even if we don’t have pressing issues to discuss, our honest and candid discussions always allow us to build on our relationship.

Of course, if you’re feeling daring, and your client’s location isn’t too far away, you could even meet for coffee or lunch. Crazy as it sounds, that used to be a common practice. Yeah, I’m sure some time was wasted, but alliances were also forged. I’m always happy to give advice or do what I can for people in my industry, but I tend to favor somebody I’ve actually met instead of a picture on a screen of somebody who seems nice enough over email but who I can’t really vouch for. We’re all like that. It’s just human nature.

Remember that you are part of a team. You, your employees and your client – we’re all working toward a collective goal. I know I’m preaching to the choir, and my marketing, advertising and PR peers who are reading this are nodding their heads in collective agreement – but, boy, many clients really seem to have forgotten this.

Do unto others as… well, you know. Too often clients berate and beat down marketing people (I can take it, but I hate seeing it happen to my employees or friends). They’ll intimidate them to the point where people are scared to make a mistake – which can cause the marketing team to play it safe. Too safe. The last thing you want to do is suggest an edgy idea if you think it’ll push a client off the edge.

But when a client tells you that you’re doing a good job and your work is appreciated, you work twice as hard. You’re more energized, creative and take calculated creative risks to wow your client with big ideas. Again, human nature. But some clients weirdly don’t seem to get that.

Clients were more generous than they are today, too. I remember one of our biggest clients – Nabisco, if you’re curious – would review the advertising firm I worked for every December and give our agency a bonus if we performed well. Think of how stupid that probably seems to some people now. Who gives an agency a bonus for doing a good job? These days, the year-end bonus comes when you find out that your agency isn’t fired. It’s the carrot and stick approach, only without the carrot.

We need to educate our clients. Easier said than done, but clients have become very stingy and shortsighted in the way they pay for marketing services. And I get it. The recession was tough on everyone, and you want every dollar to count. But, again, I look to the 1980’s and 1990’s.

Agency compensation was based on a realistic understanding of the process of how a marketing campaign comes together. These days, you rarely get paid enough to think. You get paid to execute.

But you can’t execute well if you don’t have time to think about what you’re doing. It took a year and half to plan D-Day. Beyoncé doesn’t release an album overnight, with songs she wrote the day before. And with any marketing plan, rarely does that kick-ass idea come from the first thought that comes from your mind. It also usually isn’t the second or third idea you come up with either. Ideas need to incubate, so they grow into great ideas. And clients have to pay for that time, if they want the results that we all want.

Which is why every chance we get, when clients expect us to come up with a long-term marketing campaign in the shortest amount of time possible, we need to push back and explain the process. I sometimes want to ask clients, “Do you want to drive results, or do you want it fast?”

But the thing is, all of this—it’s hard to educate clients and remind them that we’re all on the same team if we don’t act like we’re on the same team. If they only know us as a digital apparition who occasionally appears on their phone or laptop screen, it’s little wonder that they aren’t thinking of us as strategic partners. Why would you look for brand development insights from a marketing firm when you barely feel like the people who work there are passing acquaintances? Why would you trust that your marketing firm is thinking about ways to grow your business throughout the year when the senior leadership that pitched your account only communicates with you around budget setting time and holidays?

You wouldn’t. I tell you, we’re doing business relationships wrong.

And, sure, it’s easy to get nostalgic and over-romanticize yesterday. I’m definitely not saying that back in the 1980’s and 1990’s we all held hands and sang “Kumbaya.” Brands fired clients, and clients wanted results, just like they do now. In fact, the advertising world I was in was rife with internal politics, but I think we were more honest about it, that we were all trying to scratch and claw our way to the top. Now, it’s much more passive-aggressive.

But if it was a dog-eat-dog world, you did have a longer leash, where you had time to sniff out a brilliant concept.

Well, you know what I mean. That used to be an AT&T slogan. Now it just kind of sounds creepy.