The Press Release is (Almost) Dead 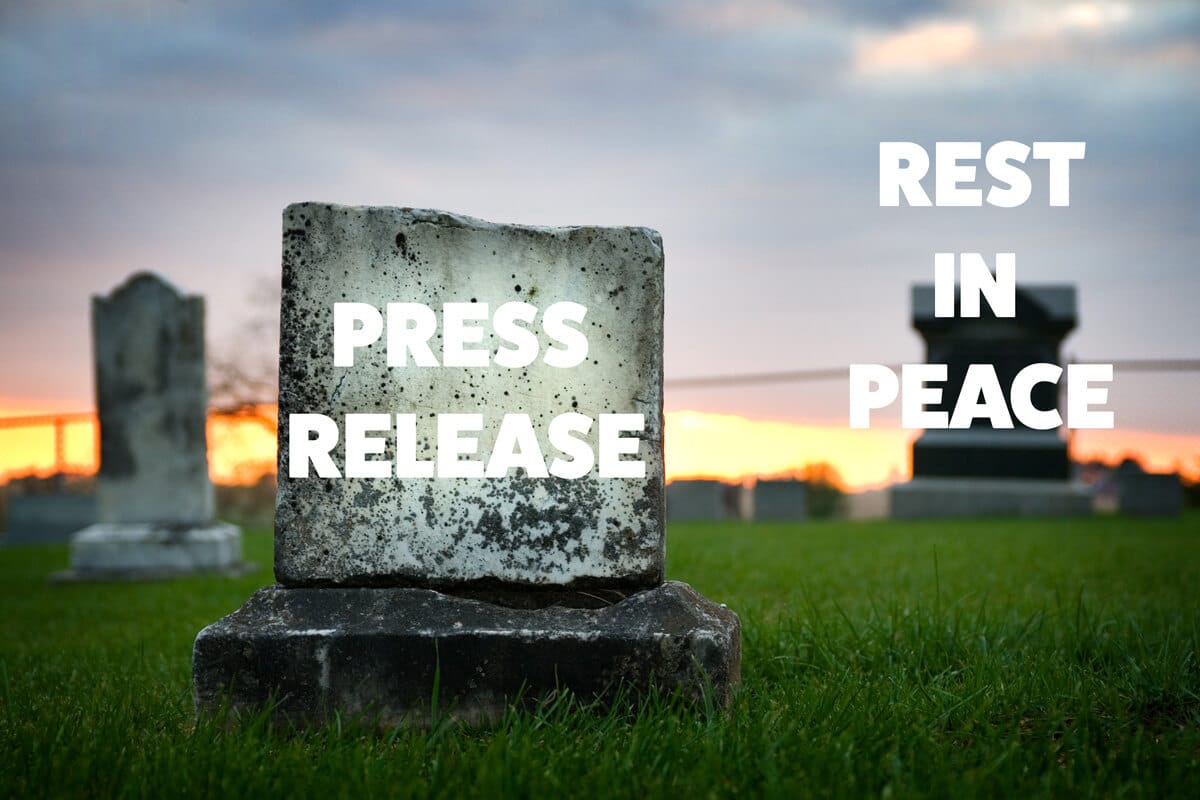 We continue to churn out press releases every day here.

But, I can promise you this: We do not need a press release to get coverage.  In fact, the press release doesn’t have anything to do with the placements our clients receive.

I think the press release is on its deathbed, actually.  I am by no means the first person to make this statement: Peter Shankman, Ad Age and many other really smart PR pros have long ago bid their farewell to the traditional press release.

I don’t think I’m going to be attending the funeral of the press release any time this year, though. Here’s why:

Despite all of this, I’m still prepared.  Here are three reasons the press release has a fatal diagnosis, and why I’ve got my black dress picked out.

Now, excuse me, I’ve got a press release to write.